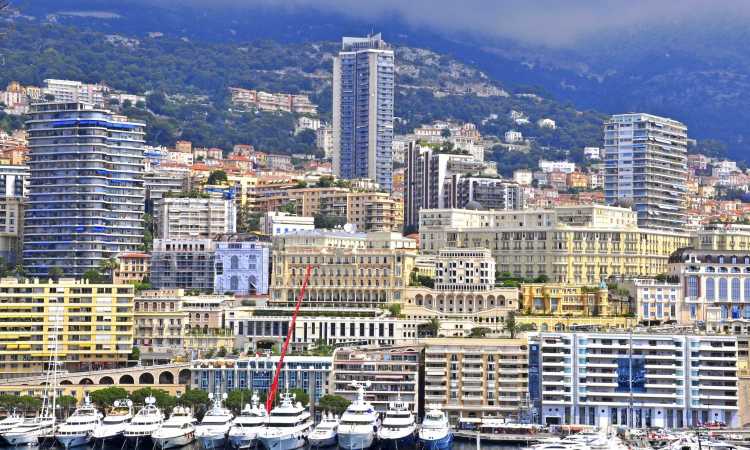 Monaco real estate continues to be an attractive investment, not just because of its tax benefits, but because it has a growing economy, political stability, top notch schools, quality healthcare system, clean air, great events, fantastic weather, and a dozen other reasons that make this small state an idyllic place to live. continues to be an exceptionally appealing location for High Net Worth Individuals (UHNWIs) and has all the key markers of a healthy real estate market.

Among the 125+ nationalities represented, the British, Italians, and Russians have historically had a major role in fuelling demand for Monaco’s real estate. Despite the current uncertainties related to the Brexit situation and sanctions against Russia, demand is likely to continue rising with the new wave of millionaires and billionaires evolving from Europe, Australia and other parts of the world. In fact, the uncertainty surrounding Brexit and falling real estate prices in central London might help the Monaco property market maintain its stable growth.

According to the Julius Baer Group (Julius Bär, a Swiss private bank), the wealth of Europeans will grow from about 60 trillion euros in 2016 to about 90 trillion euros in 2020. Globally, Wealth-X estimates that the number of UHNWIs with assets worth 30 million euros and above will increase from 212,615 (in 2015) to 318,400 individuals by the same date.

The desire for luxury lifestyle, including the appeal of living tax-free in one of the most prestigious places on earth, will continue to fuel the demand for properties in Monaco. The limited potential to supply new properties due to its small size is a factor that differentiates Monaco from most other property markets.

Monaco real estate prices are among the highest in the world. According to the Monaco statistics office, in 2016 the average price per square metre for a 4-room apartment was 39,336 euros and a 2-room apartment was 34,107 euros (resale market). However, it is estimated that average real estate prices in Monte Carlo and La Rousse, the two districts with the highest number of transactions in Monaco, are 50,000 – 60,000 euros per square metre, with some selling above 100,000 euros per square metre. Despite these high prices, it is believed that Monaco’s real estate market is much more resilient to global economic pressures than the majority of luxury real estate markets.

The price differences in Monaco depend on many factors but, in general, the larger the apartment the higher the price per square metre. Features such as ocean vistas, large terraces, views of the F1 track, building amenities, and even particular neighbours can influence price. Properties next door to an F1 driver or a famous actor, typically list at a higher price. In general, the Golden Square, which is the central part of Monte Carlo closest to the casino gardens, is the most prestigious and most expensive location in Monaco.

In order to increase development, Monaco has been able to reclaim some land from the sea. The Fontvieille district, southwest of Monte Carlo and home to the highly successful AS Monaco football club, is built almost entirely on land reclaimed in the 1970s. This extended the Principality’s land area by about 20 per cent.

A development plan in the Larvotto district will include a reclaimed six-hectare land mass due for completion in 2025. The design of this project is focused on sustainability, with priority given to pedestrians and cyclists. While cars will be permitted, parking is underground. The plan also includes luxury apartments, office space, and retail outlets, as well as a new marina with up to 40 berths. This proposal has provisions for “very luxurious housing” but it is not enough to satisfy the demand from the increasing UHNWIs. In fact, as Monaco becomes more sophisticated and progressive due to its investments in infrastructure improvements, security, and environmental projects, demand for its properties are ever increasing.