The Monaco Property Market in 2020 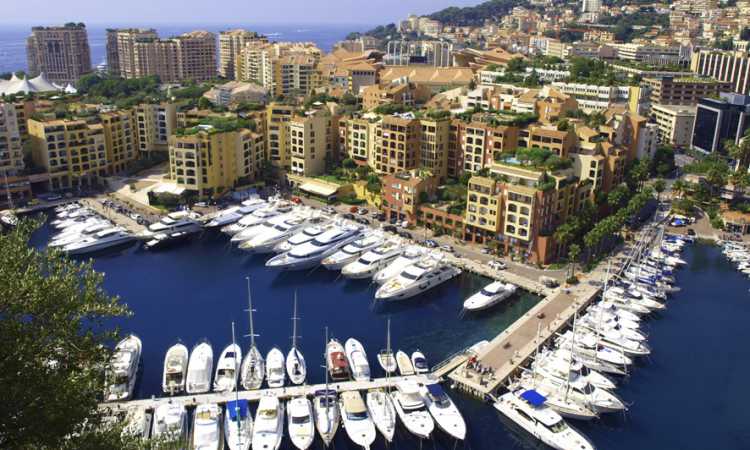 If you’ve read my piece on 10 Reasons To Live in Monaco you will understand why there are more millionaires per head here than anywhere else on earth.

All kinds of successful people want to live here, mostly as a result of their efforts in business, sport or the media. Monaco has become a global brand and the cache of living here contributes to the steady and increasing demand. Match that with extremely limited supply and Economic 101 tells you that prices are mainly heading in one direction.

Monaco’s only historic competitor, Hong Kong, has been rocked by the new Chinese security laws which are triggering a quiet exodus of wealthy families, many of them taking a serious look at Monaco as part of their escape plan. Wealth is about going where you are treated best, and security is one of the key benefits of a Monegasque lifestyle.

Even Covid19 has barely impacted this small territory, the combination of strict lockdowns, a strong healthcare infrastructure and sensible levels of compliance from residents meant that the Principality was one of the first places to come out of lockdown and stay out.

Property prices in Monaco take some getting used to, with the average being around €48,000 a square metre and the area around the casino in Monte Carlo topping out at €53,000 per square metre. Even these prices will be topped by the latest land reclamation project at Portier Cove on which we are now taking deposits.

By the way, there’s nothing new about Monaco’s determination to defeat nature and claim back land from the Mediterranean – they’ve been doing it since the 1880s after giving 40% of their land away in the deal with the French government that brought both the casino and new road and rail links to Nice.

Being realistic, we have to expect some sort of impact on Monaco’s real estate market as a result of the pandemic. If the fall-out from the Global Financial Crisis (GFC) of 2008 is anything to go by, we saw a 13% fall in average prices the following year only for costs per square metre to bounce back to pre-GFC levels by 2010. Since then we’ve seen a solid decade of 10% plus annual growth, meaning many of those who purchased Monaco real estate in 2010 have doubled their money across the decade.

If any market can emerge unscathed from the pandemic it will be Monaco, but we should probably expect a flattening of prices and a decline in transaction volumes in the short term.

In the last full year for which we have data available, 2019, the average sale price achieved in Monaco was €48,151 per square metre. That is 1.3% below the average from the previous year, but 2018 was exceptional with a massive 18.1% hike in average values.

Such a small market, with very few new developments available, can be impacted by a supply shortage if fewer than average people want to sell. We saw that in 2019 when transaction volumes fell by 12% over 2018. The key driver here was a drop in the number of one and two-bedroom properties available for sale at the most popular sub-€5 million price point, causing an 18% decline in sales volumes.

New build transactions were down by 54% over 2018,mainly because there was nothing to buy! On average just 27 new properties have been sold every year over the past decade

Mind you, beware of forming a view based on averages – sales of properties above €10m increased by 64% in 2019 compared to 2018. Some of these were villas being sold for re-development, but these numbers also underscore a trend for larger families moving to Monaco with a need to invest in larger apartments to provide suitable accommodation.

Savills maintains an index of prices in 28 of the world’s prime cities. While all those cities experienced a slight decline in 2019, the important metric is that in the last five years Monaco prices have risen by 34% versus only half that figure, 17%, in the overall index.

These statistics show just how stable and resilient the Monaco real estate market is. is demonstrates the resilience of the housing market in Monaco and its appeal as a stable location in which to purchase property.

The number of new build properties sold in Monaco remains restricted, with an average of 27 new build properties sold per year over the last decade, accounting for 7% of all sales. Last year saw a grand total of 9 new properties being sold so get used to the idea that you will be acquiring a pre-owned property, albeit probably one that has been delightfully refurbished to the standards required by a demanding cohort of buyers.

There are some medium size new developments in the offing, but the trophy project is Portier Cove, a 6 hectare site that will offer 120 apartments, villas and houses in a ‘green’ environment with open spaces if you have deep pockets to acquire one. Deposits are now being taken for completion in 2025.

If the purchase prices make you want to consider your rental options, you shouldn’t be surprised to learn that Monaco is also the most expensive location in which to rent residential property globally with an average rent of €126 per square metre per month.

Unlike the pause in growth of sale prices, in the year to February 2020, rental values in Monaco increased 20% across all types of property. Remember what I said about having to rent something of a suitable size for your family unit? Well, this increase was driven by a hike in the rental values properties with four or more bedrooms such as One Monte Carlo. Based just over the road from the Monte Carlo casino, this luxury tower block was delivered in 2019.

Savills View On The Market Outlook

Please don’t take my word for it when I opine that the Monaco real estate market will continue to prosper. Here’s an extract from the most recent Monaco market update from Savills:

Monaco punches well above its weight on the world stage with a profile in line with top-tier global cities. The diverse demand base means the Principality will remain a sought-after destination. Additionally, Monaco has proved to be relatively immune to political and economic instability, especially in light of Covid-19, and this resilience is forecast to continue to attract buyers and renters.

The global reputation of Monaco ensures that demand levels across the Principality outstrip supply in this space-constrained location. Going forward, though there are new developments in the pipeline, the promised new units are fewer than needed. These dynamics mean that prices, although the highest in the world, are expected to remain stable.

As more towers are built across Monaco, properties which once had a sea view might be obstructed in the future. To counteract this, developers are prioritising amenities like pools, gyms, cinemas, spas, and parking garages.

The outlook for the rental market is likely to be dependent on property size, as seen in 2019. As the Monegasque government examines residency applications more closely, it could become more difficult for couples and individuals to obtain residency through renting a smaller property, causing potential rental decreases for those sizes. However, we expect demand and rental values for larger properties to continue to increase.