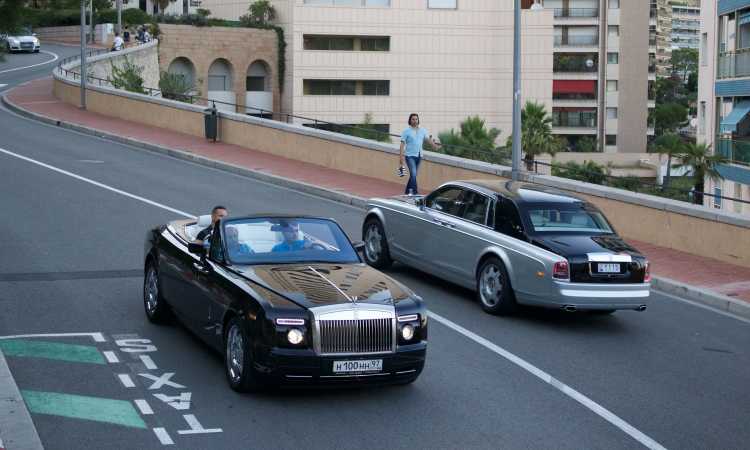 There’s nothing new about television programmes offering a window into the lifestyle of the rich and famous.

But there’s no escaping the fact that the tiny principality of Monaco holds an endless fascination for the viewing public. Not long after Eamon Holmes and his wife Ruth Langsford made a one-off broadcast where they visited real estate for sale and one of the world’s most expensive hotel suites at the Hermitage, we now have a three part BBC series called Inside Monaco.

Recorded ahead of any lockdown restrictions, the series has been given unprecedented access to Prince Albert and Princess Charlene, the Royal Palace, the casino at Monte Carlo and the goings on at the Monaco Grand Prix in 2019.

Perhaps the most interesting angle to emerge from the series concerns demographics. It seems Monaco is in danger of becoming the Cote D’Azur equivalent of Eastbourne – a retirement home for ageing multi-millionaires. It’s a staggering statistic that Monaco boasts the oldest population on the planet, with its 40,000 inhabitants averaging just under 52 years of age. I would have bet my house that Japan would be older, but their 126 million population comes in at a sprightly average of just over 48.

So what’s to be done? The answer, it seems, is to attract younger millionaires who’ve built their success in the online world. Hence the new Monaco Influencer Awards instigated by Prince Albert’s friend Princess Camilla of Bourbon-Two Sicilies. Welcoming the selfie generation has meant relaxing the principality’s ‘no paparazzi’ rules so that social media can be buzzing with images from the awards event.

One feature of the programme is a new hotel suite inspired by the style of Prince Albert’s mother, Grace Kelly, available for the paltry fee of just £35,000 a night. Incredibly, the late Hollywood star would be 90 if she had not perished in that car accident in 1982.

While television series like this focus on the glamour of Monaco, there tends to be little discussion of the practical merits of living here and owning real estate here. If you study our District Guide videos you’ll see that average property prices in Monaco have increased by over 100% in the last decade. With very low interest only mortgages available, investors can enjoy all the tax benefits as well as the 300 days of sunshine while making millions while they sleep from rising real estate prices.

That ought to attract some Youtube vloggers looking to escape high taxes at home that are only likely to rise in order to pay for government support programmes in the wake of Covid19.

It’s time to dye my grey hair, become a rap singer and get down with the kids on Instagram…